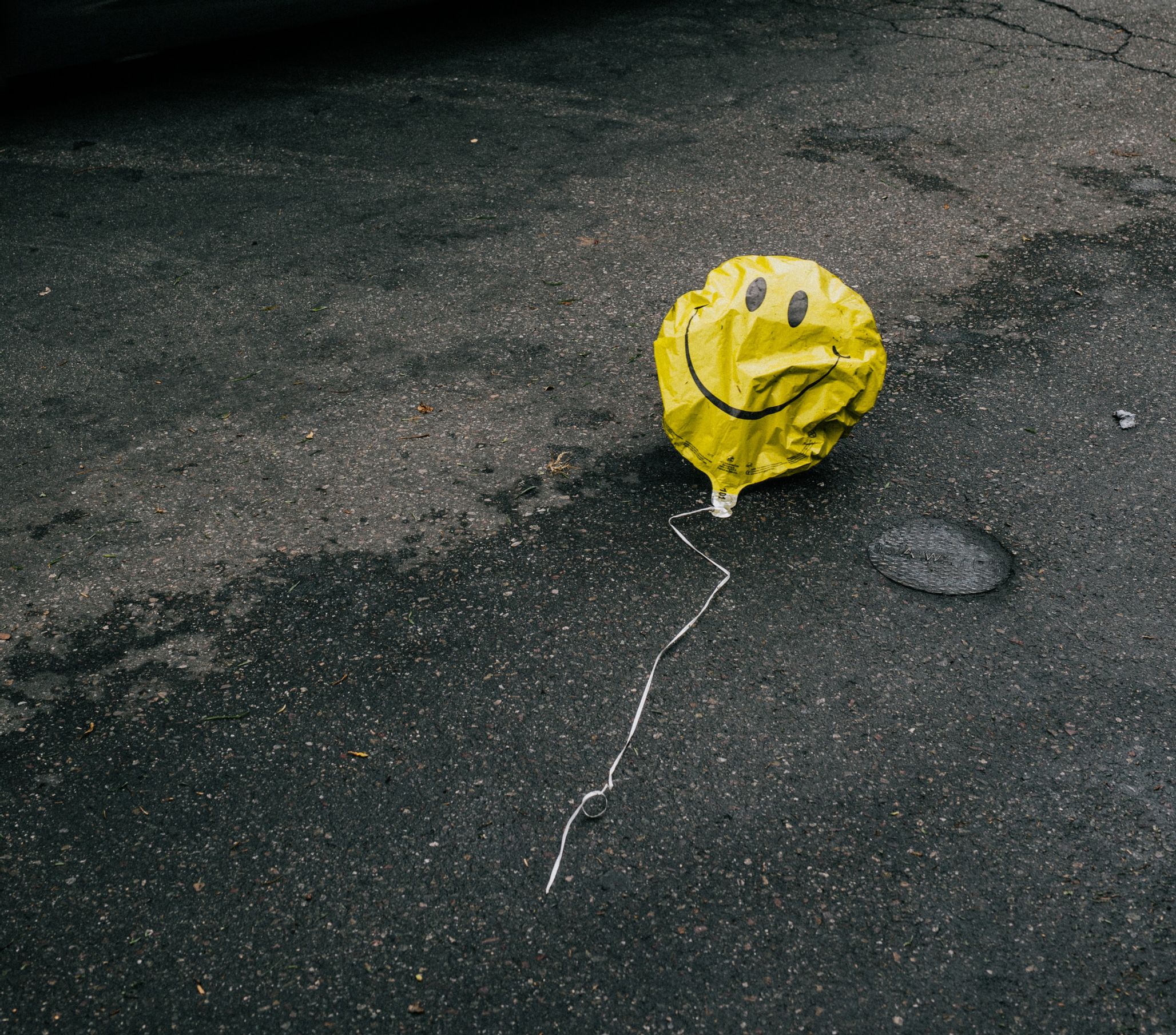 This article is by Matt Wallaert, a behavioral scientist who has worked at the intersection of technology and human behavior for over 15 years. He most recently served as the Chief Behavioral Officer at Clover Health, and is the author of Start at the End: How to Build Products that Create Change.

When the First Round Review team asked me to write something about staying healthy in the time of COVID-19, I spent a sleepless night on a post about how to create behavior change during this stressful season. You can’t really blame me — I’ve been a behavioral scientist for more than 15 years and like everyone, when pressed, I default to what I know.

Fortunately, I’ve also spent 37 years as a human, so I waited two months for feelings to settle, scrapped that post and then spent an afternoon trying to write something different.

It’s still based on science, because science is part of my normal way of being and this current crisis doesn’t change that. But I wanted to instead write about two studies and how we live somewhere between them as we all look to adjust.

A TALE OF TWO STUDIES:

The first is a study on facial feedback and the design is fairly simple. We give people some cartoons to read and then ask them to rate how funny they are. In one condition, they do this while holding a pen in their mouth by the tip with their lips, like a straw. In another, they use their teeth instead.

The trick is that holding a pen by the lips forces their facial muscles into a frowning position, while holding it with their teeth forces a smile. And when they trick themselves into frowning or smiling, it turns out they rate the cartoons as less or more funny accordingly. A related study shows that people tricked into smiling had lower heart rates during stressful tasks and were more likely to emerge feeling positive; it isn’t just perception that changes, it is your actual physical and mental reaction to the situation.

This is because your brain wants what you feel and believe to line up with what you do, avoiding what psychologists call cognitive dissonance. And because actions are tough to adjust in real time (it is hard to deny you were just frowning or smiling) and beliefs are easier, the brain tends to move the beliefs.

This implies we can trick ourselves into feeling better simply by acting better. When we act normal, our brains decide that things must be normal, and this allows us to be resilient in the face of great adversity.

There is a second study. In it, we force people to carry around a box of chocolate for a few days, then measure how much chocolate they eat. In one condition, we give them no instructions for how to deal with cravings. In another, we teach them control-based techniques to avoid the chocolate, such as distraction — if you find yourself thinking about it, clear your mind of those thoughts and focus on something else. In a third, we teach them acceptance-based techniques, like experiential acceptance — recognize and validate the cravings but don’t act on them.

Both distraction and acceptance are effective at helping people resist the chocolate, when compared with doing nothing at all. But the most successful strategy turns out to be a combination of both.

Distraction is highly positive when the distractions we choose are positive; distracting from overeating by smoking isn’t a great idea, for example. But a productive distraction, like performing an act of service, is both distracting and introduces meaning into our lives, which itself tends to then lessen the need to distract. It’s the best kind of virtuous cycle.

The problem with distraction is that it works until it doesn’t. Sometimes, our emotions simply overwhelm our distractions, often in catastrophic and traumatic ways.

When the dam breaks and self-control fails, there is nothing left to prevent all the feelings from rushing in. Acceptance is the relief valve that prevents those catastrophes.

THREE TECHNIQUES TO TRY OUT IN OUR OWN LIVES:

So what does this all have to do with living during the time of COVID-19?

At this point, it would be unreasonable to expect that we can simply stick a pen in our mouth and grin to bear it. No amount of cognitive dissonance can overwhelm the entirely rational fear we all feel in the face of a global pandemic.

Nor is distraction alone sufficient. Distractions are inherently fragile and especially so right now. With the unemployment rate climbing, we are confronting as a nation not just the economic reality of work, but also the powerful meaning it provides. And as for acceptance — nobody is that beatific. We simply cannot accept something so massive. It’s impossible to fully experience the weight and not get even a little crushed by it.

But even as each individual strategy fails on its own, they work well in combination. Getting through the chaos caused by COVID-19 in a healthy way (personally and economically) depends on our ability to balance more than one kind of outcome.

Acceptance helps us to avoid magnitude insensitivity. In 2009, I quipped to a Salon writer that we could call the catastrophic failures of self-control that happen during crises the “Fuck It phenomenon”: The perception that things are unrecoverable causes people to make bad situations dramatically worse. (Think of this in terms of the people in 2020 who are currently saying, “We are all going to get it, so we might as well go back to having large gatherings,” but across a variety of domains.)

This is an area where magnitude does matter. Taking a few hours off to cope is different than checking out for weeks at a time. Letting one deal slip isn't the same as abandoning your entire pipeline.

Accepting that we’re not at 100% gives us the ability to continue at 80% instead of crashing to 0%.

And acceptance can take many forms. While some may choose meditation or self-reflection, experiential acceptance can be as simple as acknowledging to ourselves that we are stressed, sad, and angry. We can vocalize it to someone else (now is a really good time to get a therapist or to work on emotional communication with friends and family). Or we can simply create a private space for ourselves to voice those emotions. The key is being able to recognize and accept that things are, in fact, really hard right now.

At the opposite end of the spectrum, distraction lowers cognitive burden. Being in touch with our emotions and yet not acting on them is mentally (and, studies suggest, physically) exhausting. And so using distraction intelligently isn’t the sign of a weak mind, but rather an acknowledgment that everyone, everywhere needs rest. We all practice distraction differently (boxing for me, Netflix for some, video games for others), but anything that is engaging enough to actually circumvent deep thought is sufficient.

And finally, the simple strategy of smiling, which may be our most potent tool in the fight against hopelessness. Part of being normal is acting normal and you do have a choice about how you hold the pen.

Because that’s the real challenge: deciding what our new normal is going to be and how we are going to be happy. Maybe your values have changed, maybe they haven’t. But just as we built old habits, we must build new ones. Because when we do all the things that make life worth living, it becomes worth living again. Afterall, the only reason death is so terrifying is that life really is so good. Hard, but good. 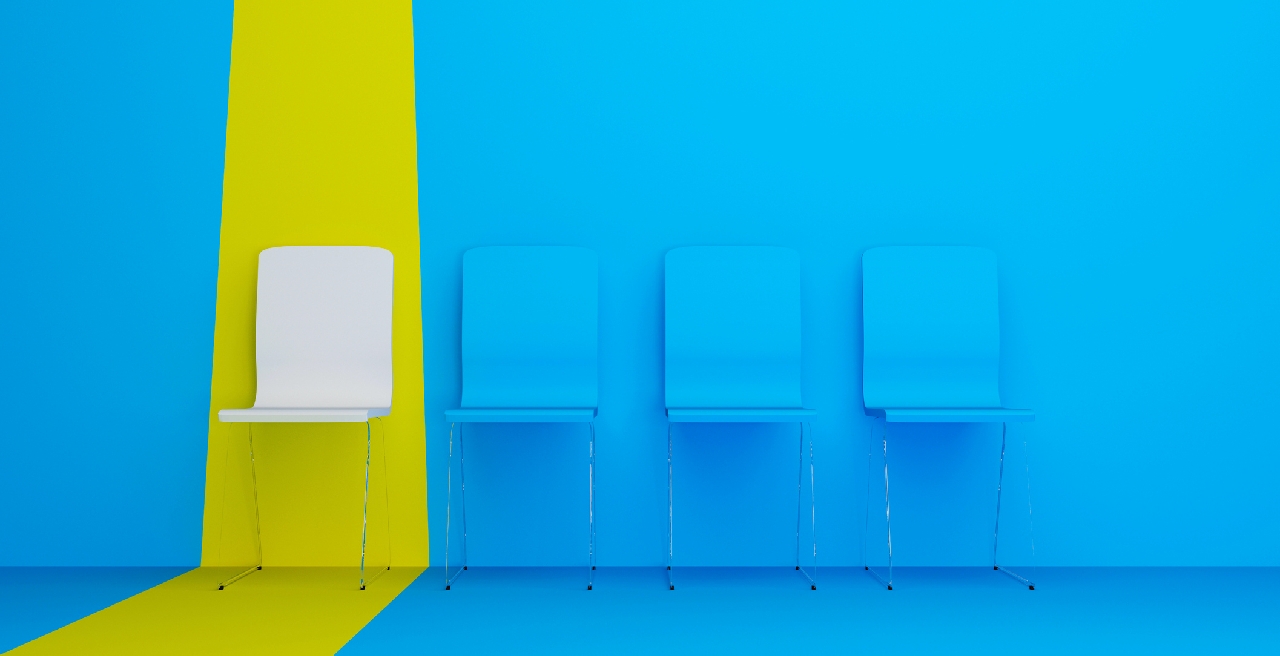