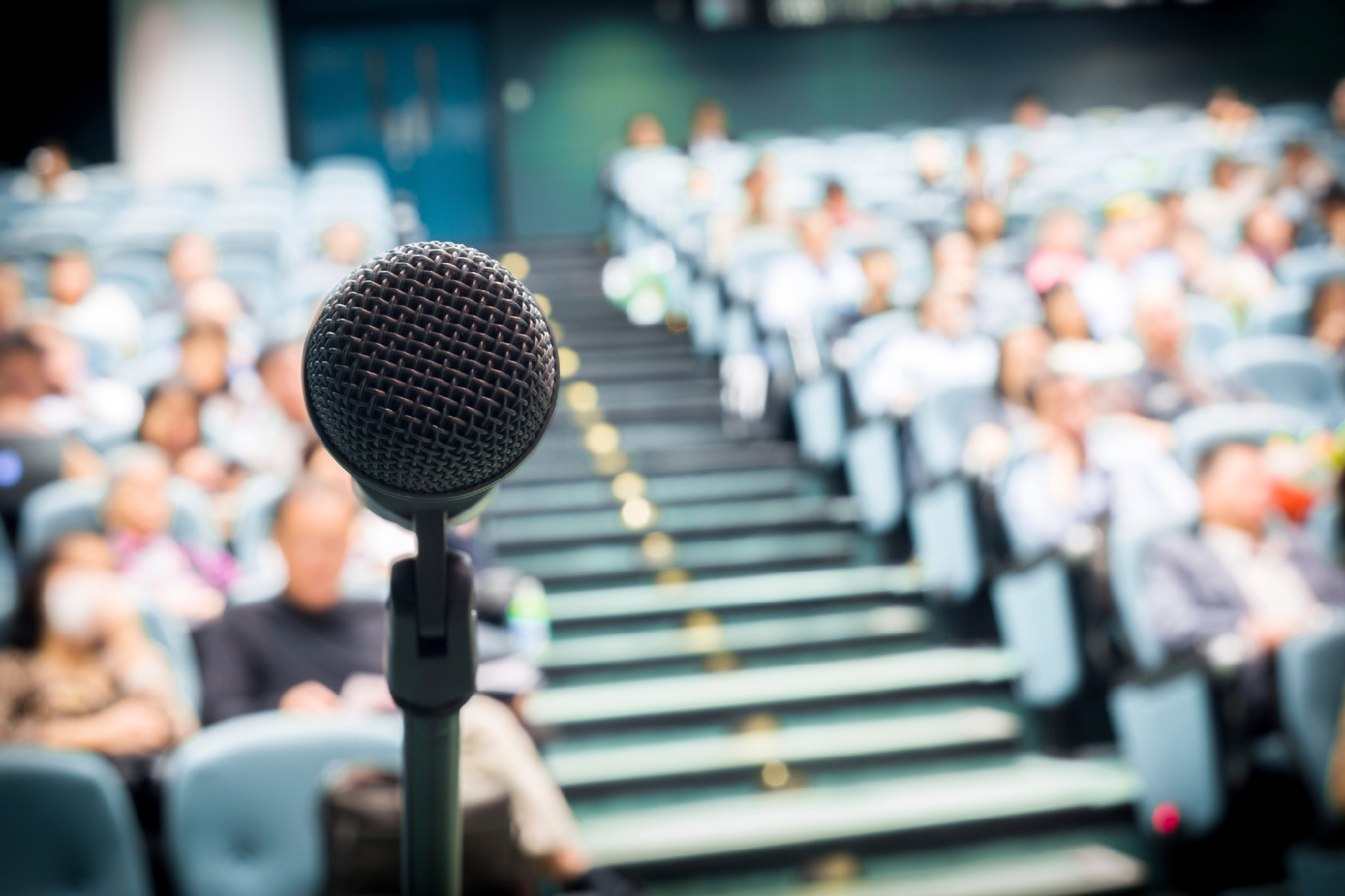 “Stories are the way our teams get excited, aligned, and rallied around the same goal,” says long-time IDEO Project Lead Nicole Kahn. “But more importantly, we know that our designs don’t live on with our clients without a good story attached to them. This is something we wanted to shift — to ensure that all of our designers would also see themselves as storytellers.”

Kahn, along with a team of fellow storytellers, has helped champion this philosophy through events they've held at IDEO offices across the country. The goal: to provide a model for what good presentations look like, while also giving designers a chance to talk about what inspires their creativity, and get solid feedback from an audience of their peers.

At First Round’s recent Design+Startup event, Kahn shared lessons she and her teammates have compiled, which have become a set of best practices for giving high-impact presentations.

“Bars are friendly, social places, sure, but something really important happens when you’re at a bar,” says Kahn. “You use really direct language. You make sure that what you’re saying is entertaining and engaging. You don’t quote tons of data. You don’t use overly corporate language — except maybe in air quotes.”

These experiences show that we all have an innate sense of what makes a good story, but we tend to forget it at work. So, how would you give your presentation at a bar? What if you only had the backs of napkins for graphics? How would that change the way you related information?

When we tell stories to our friends, we prove we're all natural born storytellers.

“By bringing the Bar Test into the work environment, we’re more able to answer this question: What’s the point?” Kahn says. “When we’re in the middle of a project, the sheer number of stories we could tell about it are as numerous as stars in the sky, and we get really excited to share them all to show what we’ve done, but we can’t do that.”

To run the Bar Test, IDEO designers talk to other people — often strangers — before they start putting presentations together. “We tell them our story. We verbalize it. We grab a colleague who’s completely unfamiliar with what we’re doing and buy them a beer or a coffee and spend 15 minutes to see if they understand the point of the presentation.”

When you do this with your colleagues or friends and family, pay attention to the little things, Kahn says. “We look for when they lean in, or when they look away or reach for their phone. We look for nods and ‘uh huhs’ — we look for what surprises and delights. That’s how we figure out what’s sticky and resonating.”

It doesn’t have to take much time at all — just the 15 minutes it takes to drink a coffee and get one or two pieces of feedback. “Force it to be succinct. That’s the magic of verbalizing your story. You’ve invested nothing and there’s no reason to get stuck. You can redo it again and again.”

“After a good Bar Test, the skeleton of your story should emerge: the main points you know you have to hit to make it memorable," Kahn says.

It only takes three essential elements to make a great story:

Your through-line that connects everything together — the point of you telling the story in the first place.

“Put me in the room” anecdotes that provide a tactile sense of experience, take your audience on a journey, and create drama.

Moments of reflection — telling your audience how you feel in order to cue them to feel a certain way.

When it comes to telling stirring anecdotes, don’t stress about making them action-packed. They’re helpful even if you’re just setting the scene. Kahn gives the example: “'It was a Wednesday night and there were four storytellers taking to the creaky floor boards of the building as the waves crashed outside.' I tell you this and you’re immediately in the room with me even though it’s a pretty boring story. Nothing’s happened, but it’s the start of something. Anecdotes hang off the skeleton of your story and you can change its arc by changing the order you tell them in. Being able to change them up gives you control and flexibility as you present.”

Similarly, moments of reflection should be scattered throughout your talk to grab attention, create intimacy with your audience, and give them a window into your process.

“I might say something like, ‘I knew we were onto something the moment I met Sandy and she said this one thing.’ This cues the client to pay attention.”

“When we meet with new clients, we often say things like ‘Hey, this is where we know a lot of other clients get hung up or stuck,’ and they will always listen really hard to those ideas. It gives you a sense of expertise,” says Kahn.

When you bring all of these elements together — the through-line that you’ve found in conversations with others, anecdotes that ignite the imagination, and reflection points that call people’s attention back to how you’ve approached the work — you’ve found your story.

Even IDEO relies on Keynote slides to present projects. And while there are hundreds if not thousands of guides about how to construct compelling presentation decks, Kahn says there’s really only one rule you need to remember: Visuals have power.

“It seems obvious, but it’s actually really hard to execute and takes a lot of restraint,” she says. “But there’s very important reasoning behind it: When you have visuals on the screen and not a lot of words, you make people dependent on you as the presenter to know what’s going on. You have the authority in the room. The slides do not.”

When you put up a slide covered with text, you are literally giving up your power to shape a story and command attention. “When you put up a sea of text, you become completely redundant. The audience is trying to read the slide at the same time I’m just repeating what’s written on it — and they can probably do it better and faster than I can. I have no advantage.”

A while back, Kahn was working on a project related to running. She knew she had something smart to say, and that she’d be better off using a series of inspiring pictures to get her point across: There’s no single way people run. Some run on trails, some on streets, some on the treadmill. Some people listen to music, others use it for quiet reflection. She wanted to illustrate all of these use cases in a way people would instantly understand.

So, to accompany these thoughts, she showed photos of different people running in varying environments, at different times of day, wearing different clothes, and more.

“My goal was to show there was a lot of room in the marketplace. Using visuals engages you in this idea while entertaining you at the same time.”

A lot of people ask Kahn how they’re supposed to remember everything they want to say when they don’t have text on slides to cue them. She recommends the speaker notes function that you can see but your audience can’t — they are built right into Keynote and PowerPoint for every slide. At the same time, they shouldn’t be a full-on crutch either.

“I don’t read my speaker notes verbatim, but they can keep me on track,” she says. “On track means just listing the points you know you absolutely have to hit and nothing more.” In short, give yourself the space to riff, to move anecdotes around, and respond to the mood and reactions in the room.

How do you get to Carnegie Hall? The answer is simple: Practice.

It’s shocking how many people give presentations that will make or break their careers without rehearsing beforehand. Rehearsing is uncomfortable. It seems time consuming. It electrifies all the nerves you know you’ll be feeling during the real deal. But the only way to optimize your performance when it truly counts is to practice, Kahn says.

“At IDEO, we’ve been typically working on presentations until five minutes before a meeting. The ink’s barely dry on the design document, which means we never make time to rehearse,” says Kahn. “But we’ve actually come to realize that’s totally backwards. We spend all this time researching, designing and crafting our story. Why aren’t we spending the time to work on our delivery?”

Ironically, intense practice seemed to run counter to the IDEO philosophy that creativity is about being spontaneous. The company has a commitment to presenting great ideas while making them seem natural and off-the-cuff. “The thing is, while people are natural-born storytellers, there’s no such thing as a natural-born presenter.”

For each project, everything depends on how a designer communicates in the conference room, often to very busy executives who sit in meetings all day long and have a ton of other things on their minds. “It’s critical to leave them with a story that will resonate," Kahn says.

Delivery is the life or death of a project.

“Rehearsing before a presentation is so hard because you have to be vulnerable when you’re not quite ready,” Kahn observes. “You want to choose a story coach for when you rehearse, and choose wisely.”

The best story coach is someone who will not rip apart your content. They will focus wholly on how your existing material can be taken from good to great. Where are the gaps? Where are the points that can be strengthened, or the anecdotes that can be simplified or made more ornate for maximum entertainment value? Most importantly, they will take your timeline into account and know how to adjust their feedback based on where you are in the process. No one wants to go back to the drawing board when a presentation is the next day.

“Remember, as natural as you want things to seem, you’ve laid out a very carefully and intentionally crafted story. There is drama. There is an arc. There are points you need to make. It isn’t like a regular conversation at all. That’s why amazing presenters like David Kelley and Tim Brown practice a lot. It will make you unflappable in the face of any distraction.”

Use the Bar Test and borrow a stranger’s ear to help you figure out your point, what people are actually interested in, and the natural cadence of your story.

Prioritize craftsmanship when it comes to your actual presentation, even if you’re relying on slides. Choose visuals over text to empower yourself as a storyteller and command attention.

Practice compulsively with someone you trust to give you relevant, useful feedback that you have time to incorporate to do your best.

Nicole Kahn has been a senior project lead at IDEO for nearly five years, and is a lecturer at Stanford University's d.school Institute of Design. 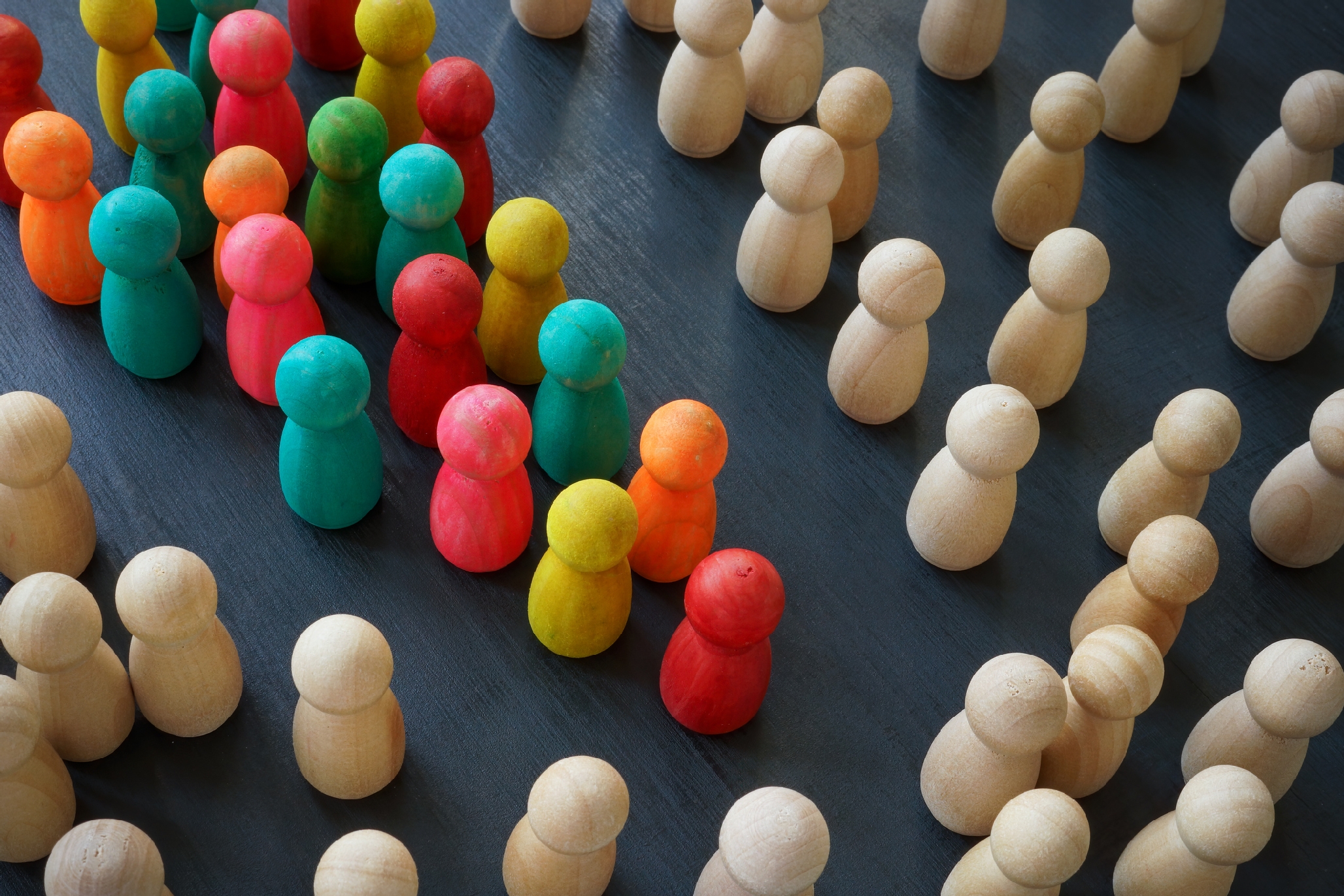 The 5 Phases of Figma’s Community-Led Growth: From Stealth to Enterprise 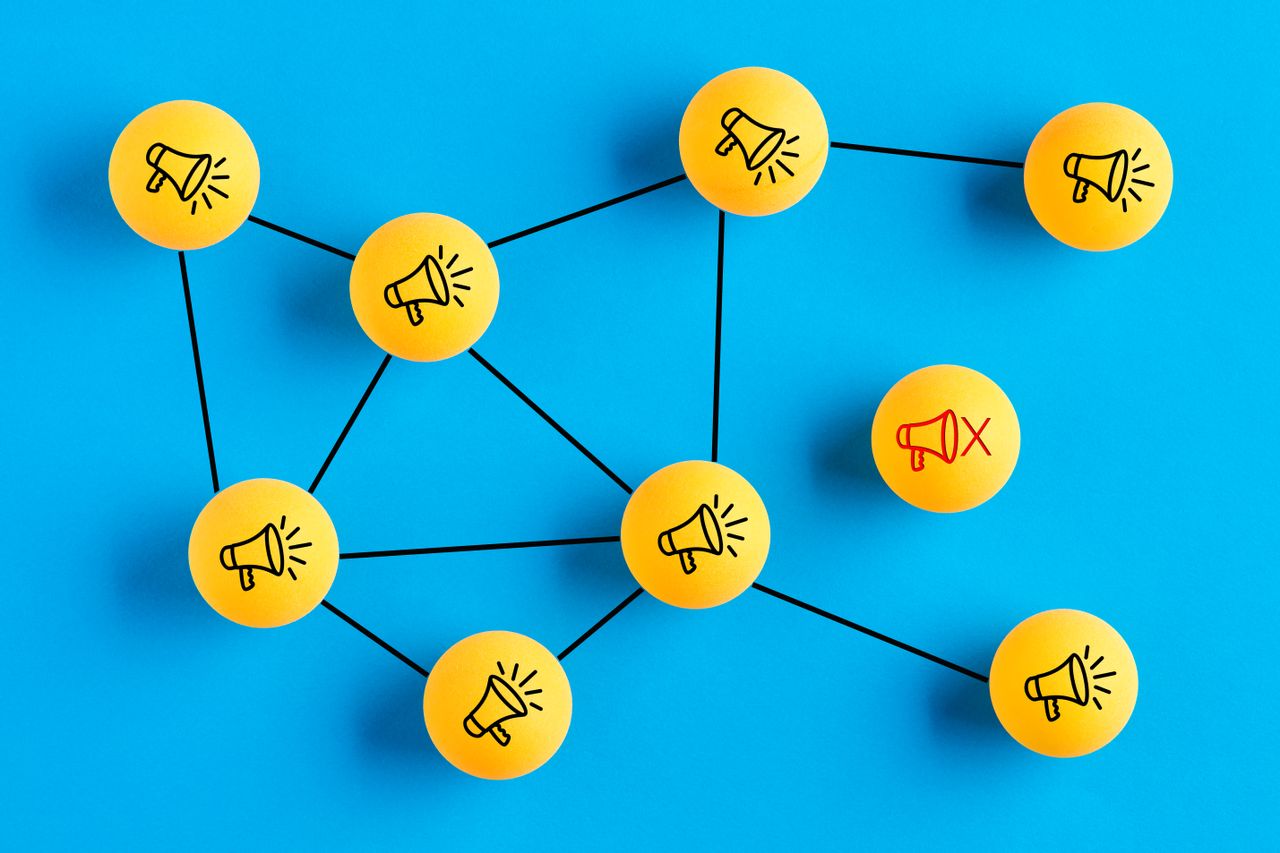 Great Startups Deserve Great Brands — Here's How to Build One 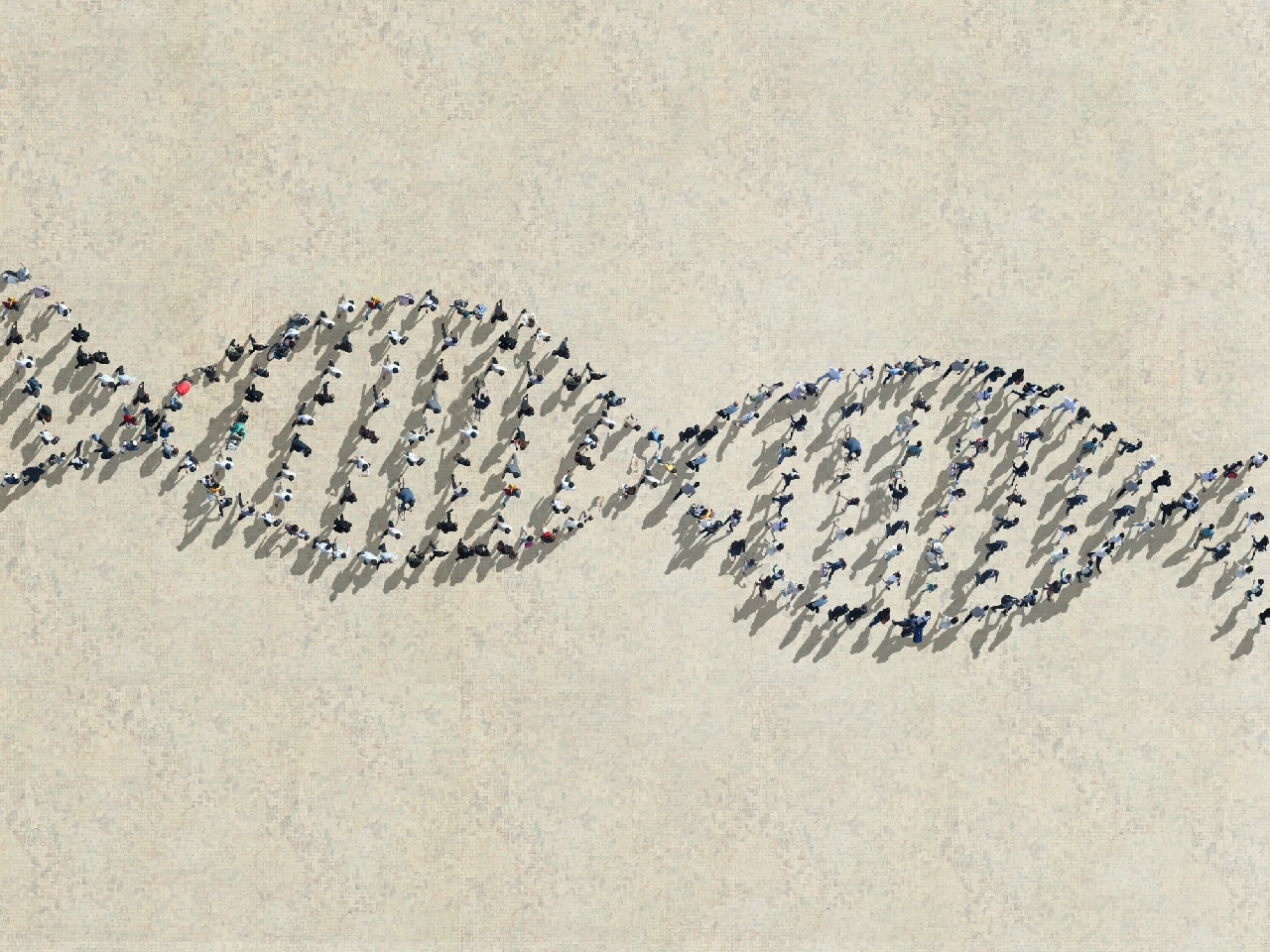 The Founder’s Guide to Building Community Like a Product 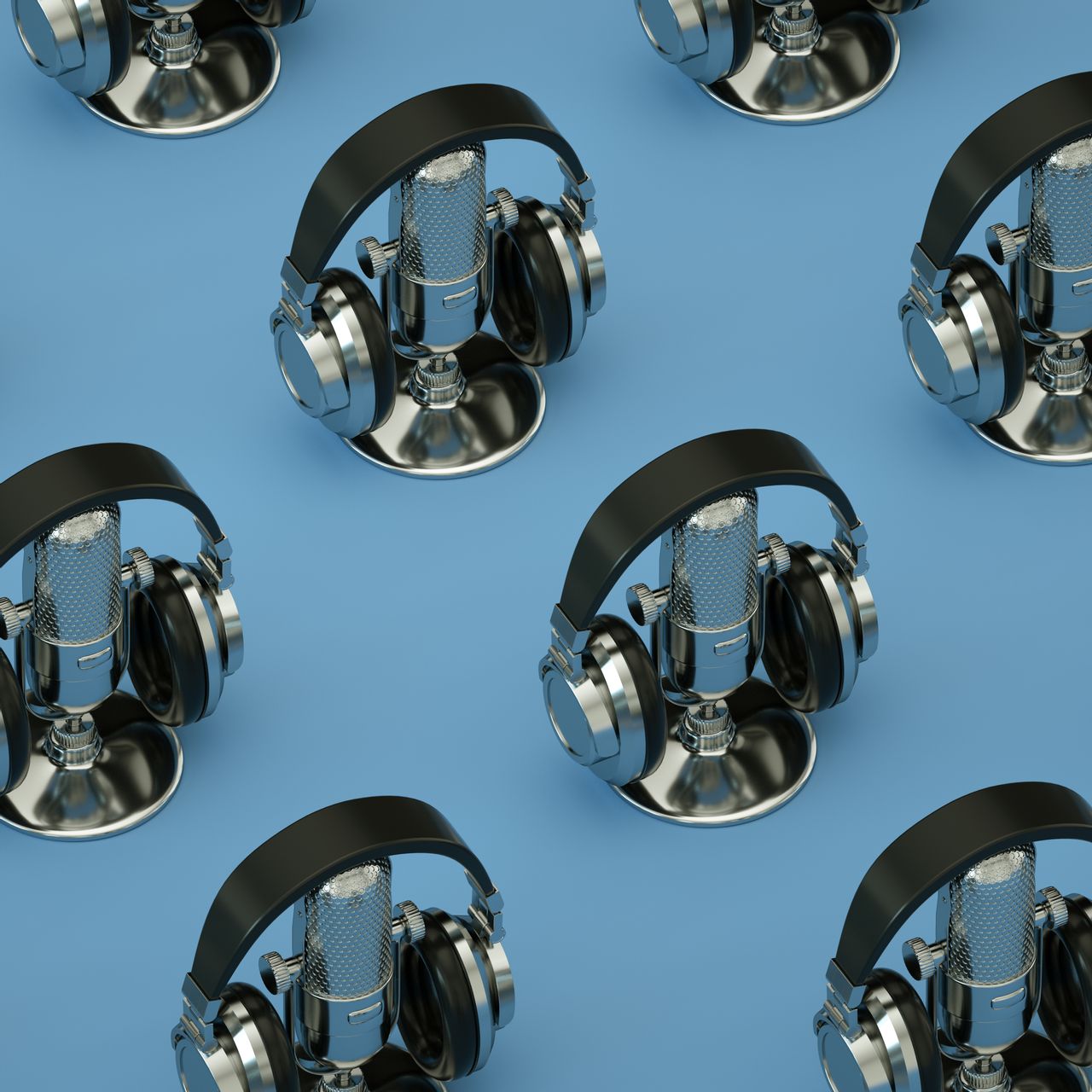 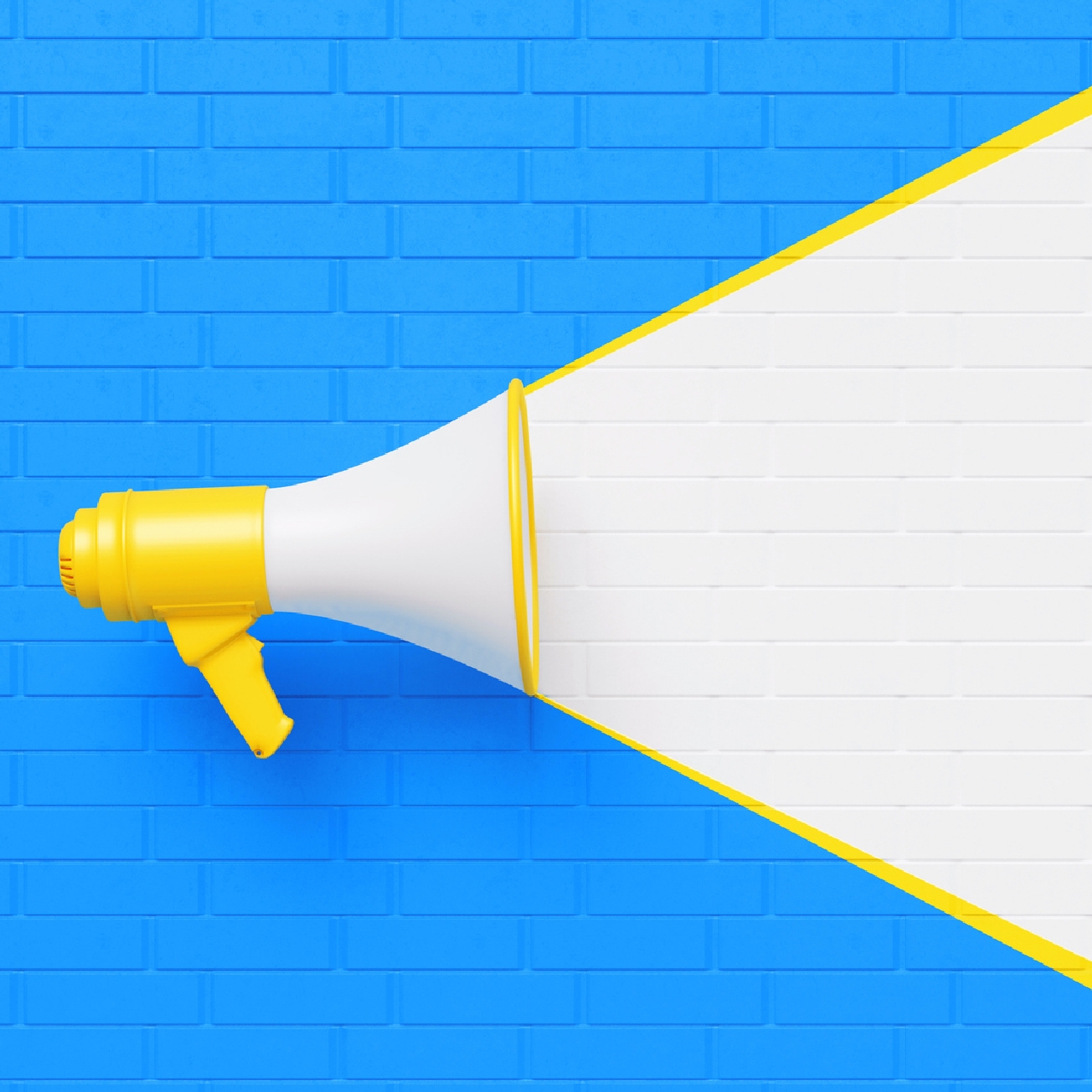 How to Hire the Right Marketer for Your Startup