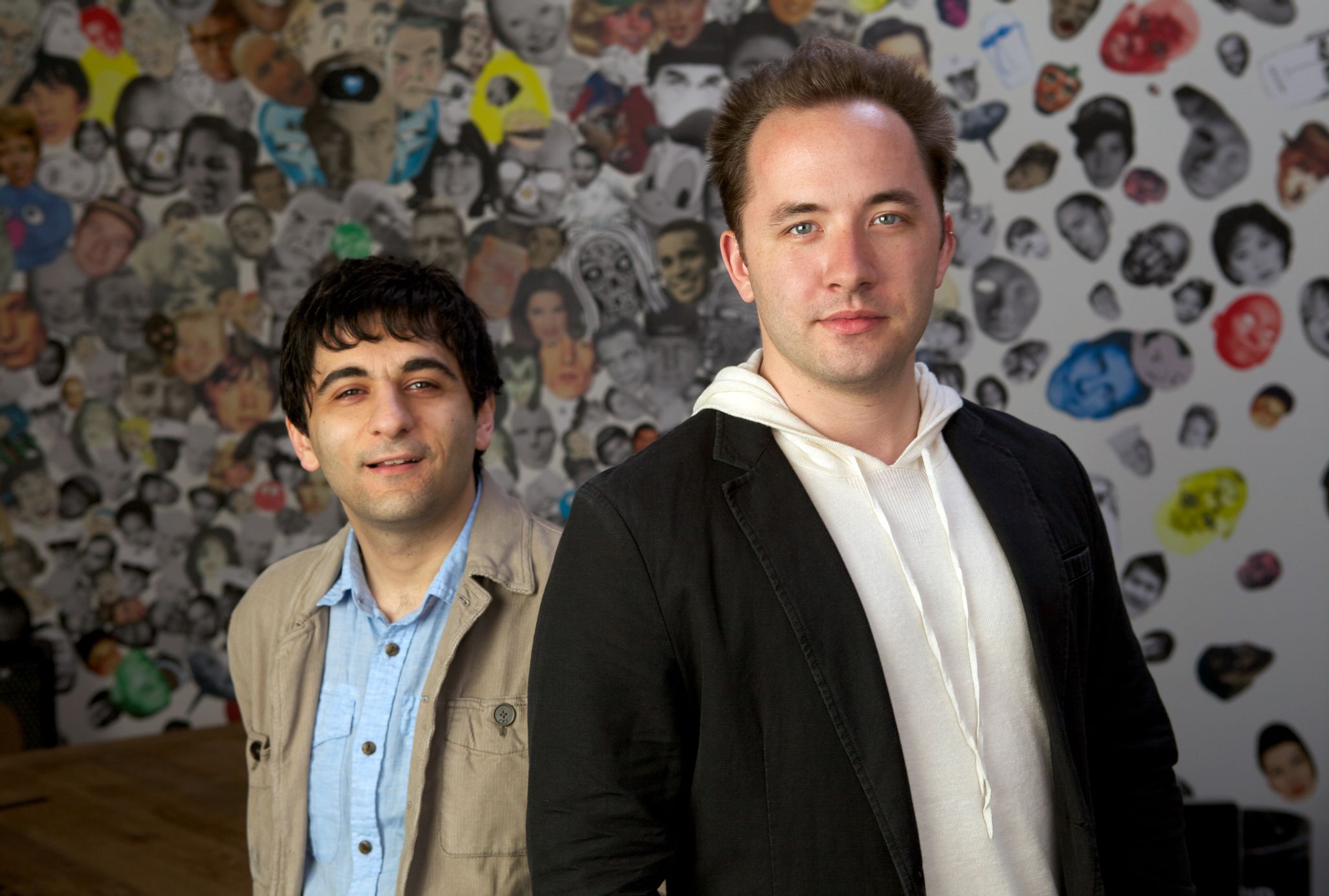 Drew Houston was upset. On a long bus ride with a pile of work to do, he’d forgotten the thumb drive with all his files — before the cloud, back when that used to mean ‘game over.’ Minutes later, he was coding a solution to the problem. Seven years, $257 million in funding and over 100 million users later, Dropbox is widely accepted to be Y Combinator’s most successful alum. In this First Round CEO Summit talk, Houston shares how he went from solo programmer to the CEO everyone’s watching.

“There’s always that first line of code,” says Houston. And indeed, that is how most startups begin: with code, and the coder who wrote it. The vast majority of founders have technical expertise and must learn the rest as they go. For Houston, this has been a dedicated process, almost an art, as Dropbox has grown from a one man show to over 300 of the smartest people in the Valley.

The hardest transition was going from working directly on the product to not.

“There’s this joy that comes from sitting down to solve a problem and standing up when it’s done and good. Building a company or managing people is never just done.” For the first several years Houston worked directly on the product. But that changed as scaling became the top priority. “I transitioned from writing all the code myself to not coding at all. So the things you used to be good at matter less and less on a day-to-day basis, and all the things you need to be good at can be pretty uncomfortable for people when code is their backyard.”

In the early days, Houston, who started programming as a kid, had ultimate freedom to create and decide what was best for Dropbox. He made the first two 3-minute demo videos himself, releasing the first on Hacker News — where the glowing feedback inspired him to quit his day job — and posting the second, chock full of fun ‘Easter eggs’ to Digg and Reddit. The response was ecstatic. Within a day, video #2 was at the top of Digg, spiking Houston’s wait-list from 5,000 to 75,000.

“I just thought, this is an initial adopter audience, so where do they hang out? Sites like Digg and Reddit were huge sources of traffic and communities where people try out new technology for its own sake.” In addition to knowing where to find his audience, he also knew what they’d like. “I sprinkled in all these little things, so whether or not they were excited about Dropbox, they might notice some reference to XKCD or the Obama campaign or different things. It just really resonated and was crazy for the business. It put a big dent in our critical mass problem in a short time.”

To a large extent, Dropbox has retained this character — friendly, witty, approachable. But in the beginning, this wasn’t so intentional - it was just the way Houston did things. As the company grew, he had to relinquish control over creative decisions. “We managed to hire a bunch of smart people who can take stuff off my plate, and who need me to be focused on other things and building other areas of the company.”

Programming has always been Houston’s strength, but there were a number of other areas where he had zero experience. “I didn’t know a lot about these other things that really matter in business, from marketing to sales to management,” he says. So, when Dropbox started to take off, his first order of business was to read. A lot.

“Reading a book about management isn’t going to make you a good manager any more than a book about guitar will make you a good guitarist, but it can get you thinking about the most important concepts,” Houston shares. Tapping knowledgeable resources also became a prime directive. “It’s a mix of a variety of different things, like mentors — people who are experienced and have been through the process many times — and peers. Some of my best friends are Y Combinator founders, and we all went through the same kind of thing at the same time.” Dropbox’s early board also helped him recognize patterns and gave him an idea of what he should be thinking about. In the end, his attitude proved to be the most important resource to draw on.

“The advice I would give is to get used to things,” says Houston. “Get out of your comfort zone with things even as straightforward as public speaking. It’s a mindset — spending a lot of time thinking about what you don’t know that you don’t know. Those are questions to ask: ‘What am I going to need? What is the company going to need? What should we be doing 3, 6, 12, 24 months from now.’ If you can back that up to today, that can be a useful lens to figure out the skills you need to develop.”

One of these skills for Houston was defining and maintaining company culture. The initial team was steeped in MIT hacker tradition, but as staff diversified, it was unclear whether this would continue or if it should. Houston wasn’t even sure it needed his focus. “I didn’t really understand why culture was important,” he says. But his perception shifted when Y Combinator introduced him to a CEO who had built multi-hundred person companies. “I was really eager to learn, thinking here’s someone who knows what he’s doing and what I should be worrying about. He said it was really important that I define the mission of the company and the values, and make sure the culture is really good... I was thinking to myself, well that’s not going to get code out the door.”

Still, something about the conversation struck a chord. Overtime, It sunk in that culture isn’t just about keeping employees happy, it’s about how the company will run in the future.

Things like culture and a shared vision are tools to decentralize decision making.

“When your company grows, communication overhead becomes so much bigger, so how do you start to get people to make decisions along a similar framework that you would? I started to understand how these pieces fit together over time.” Looking ahead to when Dropbox has 1,000 or even 10,000 employees, it will be critical for core values to be embraced through the ranks. “We tell people, ‘You might have just joined last week, but sooner or later, you’ll be an old school Dropboxer too. So remember the things you like about this place now, because it’ll be your responsibility to make sure those things stick around."

This is where Houston is today, envisioning a company magnitudes larger than it is now. He might not have to wait long, as Dropbox continues to hire at a furious pace, especially to flesh out business development and other non-product divisions. But his technical background isn’t entirely irrelevant. “It’s this arc where you go from you or your founding team writing all the code or designing systems of code and algorithms to designing big systems of people,” Houston says. “At every stage, you’re building the seed crystal for this larger organization.”

In this high-speed, high-impact environment, projecting a successful future requires facing tough situations in the present. Company culture can become unspun as hiring speed trumps rigor, and people who were great in the beginning may not be so great later on. These problems couldn’t be further away from coding alone in a dorm room, but Houston is proof that solutions can be learned on the job.

He’s stared down all of these issues and more, and is the first to admit that he’s picked up a lot along the way. The first beast — hiring — is an area of special focus for him these days. “If you relax on the people you hire or lose your focus, it’s hard to rein that back in,” he says. “We’re very careful about the people we bring into the company. They’re people who are obviously smart and intellectually curious, but they also have to be excited about thing we’re doing.”

While all of these qualities were true of the early team, not everyone can scale at the same pace as the company, no matter how talented. In these situations, Houston advises pragmatism: “If you’re bringing someone in to manage a bunch of the existing team, there are things you can do. Involve the team in the process to make it less surprising... help people understand that this is good for the company and good for them and all of us have an opportunity to learn from this person too. If you’re not bringing in someone who can inspire the existing team, then you’re probably bringing in the wrong person.” 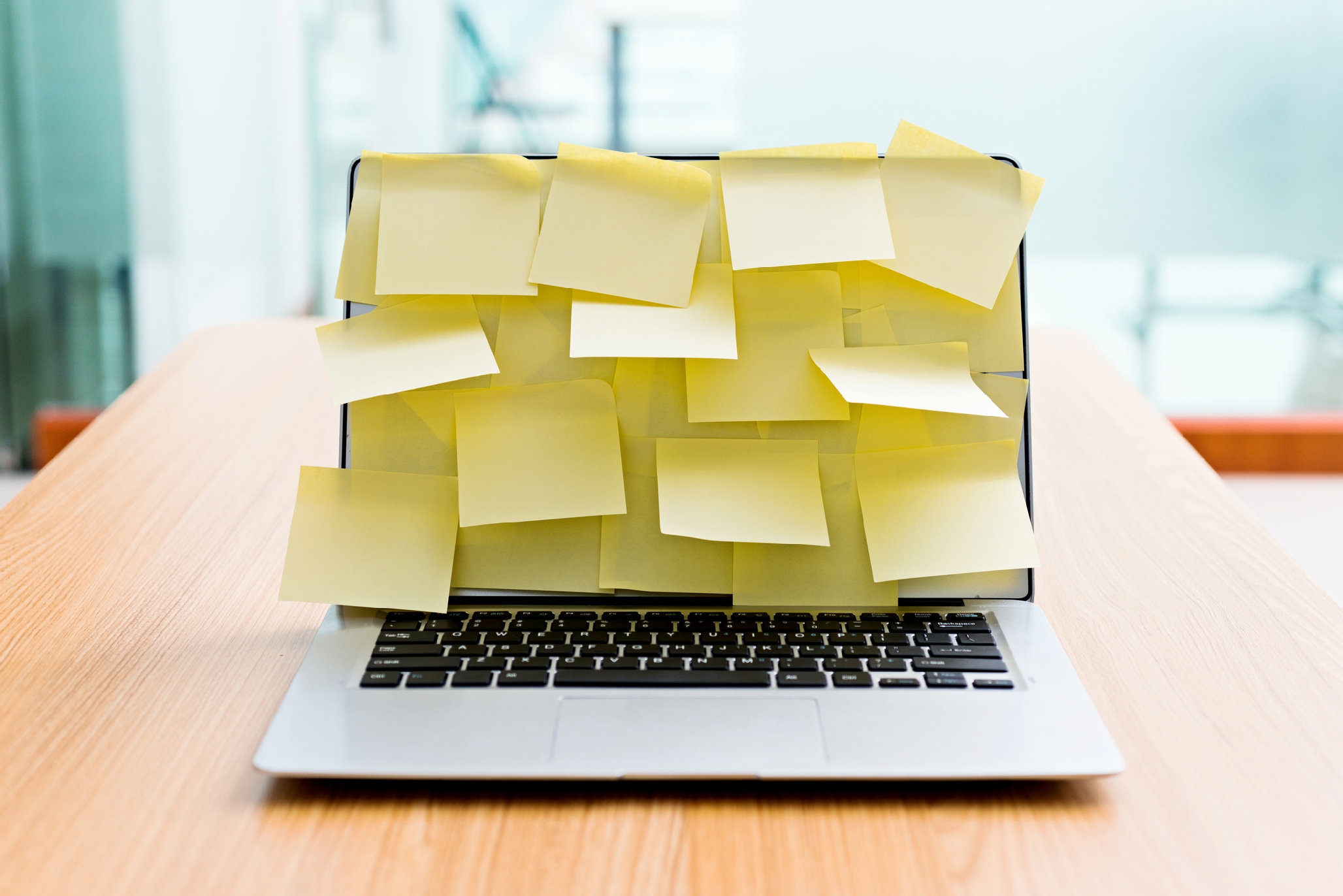 A Tactical Guide to Working with EAs: How to Make Delegation Your Superpower

How one startup CEO delegates 400 tasks a month by working with EAs. 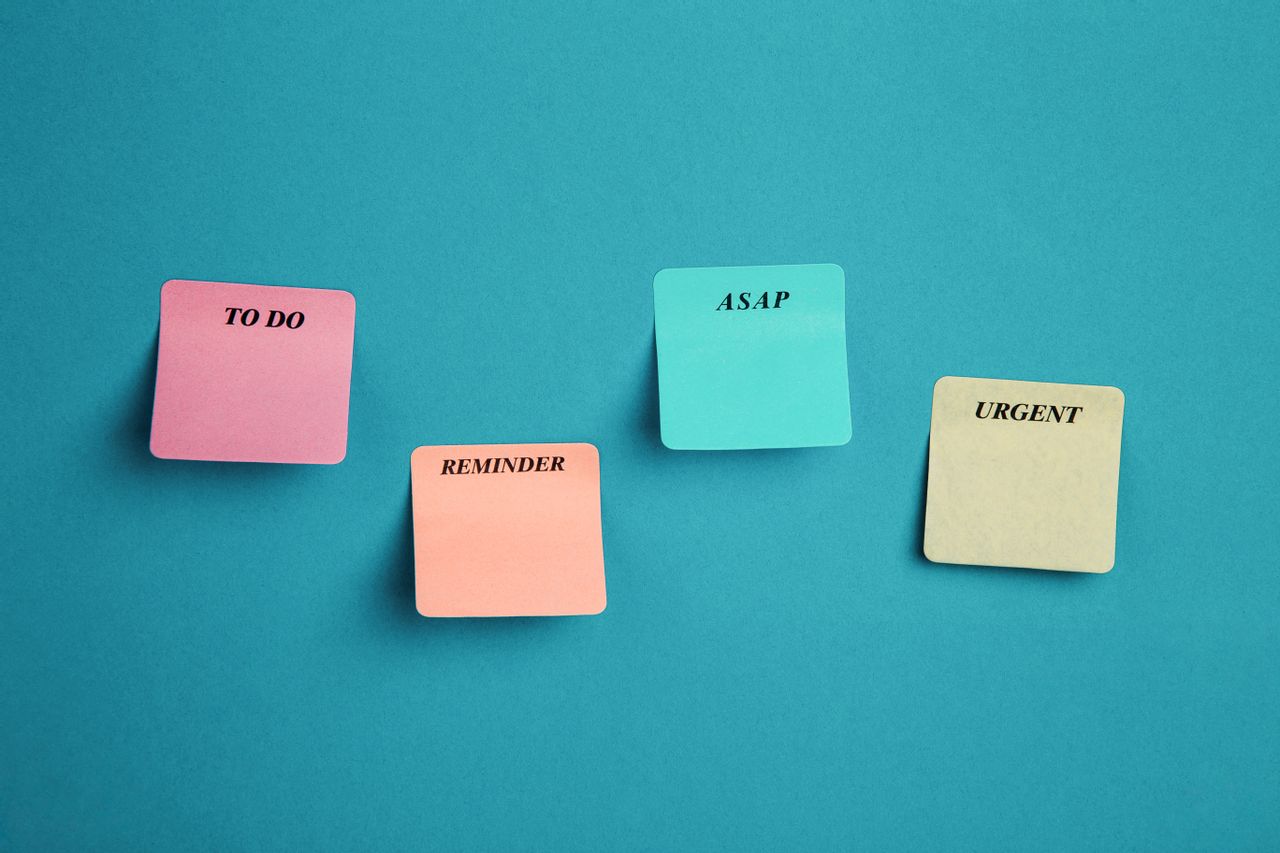 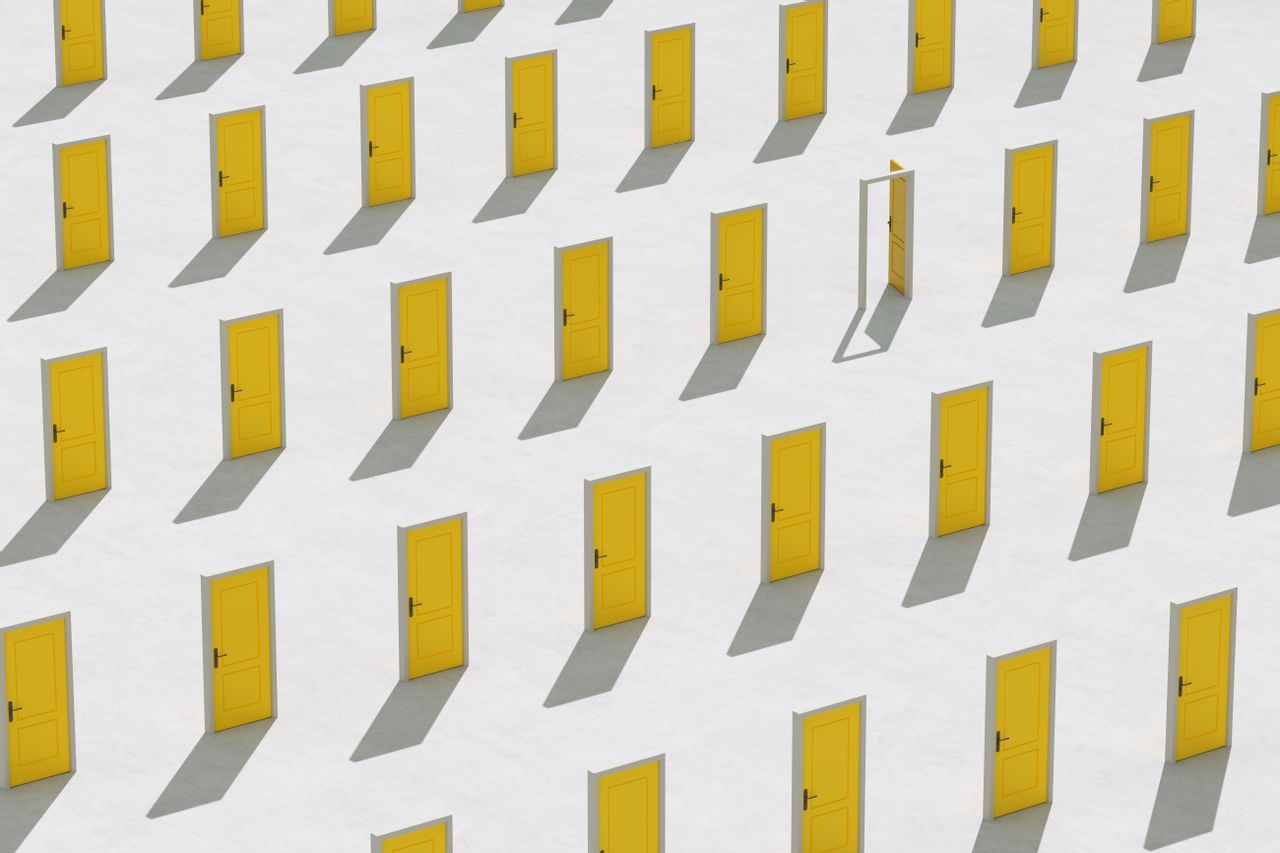